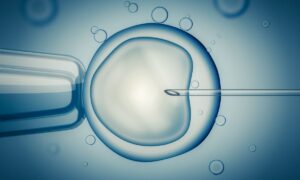 Intra cytoplasmic Sperm Injection (ICSI) is one of the key treatment processes which is brought into use within the laboratory while treating certain Male Infertility issues during the IVF treatment process. This starts with placing a single sperm right into the cytoplasm of a fully developed egg (oocyte) while using a special microinjection pipette (glass needle) during the whole process. After the sperm has been injected into the egg, the rest of development and embryo transfer processes would stay same like in general IVF cases. This process works best for patients with sub fertile semen parameters like decreased count, motility or morphology.

ICSI is a great boon for all the male patients with poor semen quality issues. Following is a list of cases where Intra Cytoplasmic Sperm Injection (ICSI Treatment) works better than any other treatment.

Azoospermia along with disruptive pathology– This also helps during the cases with blocked or abnormal ejaculatory ducts which are obstructing a proper sperm movement from the testes. During the process, sperm is first acquired from the epididymis while using a microsurgical epididymal sperm aspiration (MESA) or from the testes by testicular sperm extraction (TESE).

ICSI has also helped all the azoospermic men which were earlier approaching the sperm bank for their Sperm related issues.