This may surprise you, but I get a lot of questions about a condition called Polycystic Ovary Disorder, also known as PCOD, which affects up to 10 percent of women of childbearing age. It is, in fact, the most common hormonal endocrine disorder in women. As you might imagine, it’s very frustrating for anyone who is affected. As prevalent as PCOD can be, it’s also quite misunderstood, so for this particular Blog post, I’m going to discuss some common issues about the condition, as well as how it affects the reproductive health of women who have it. 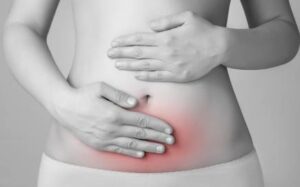 PCOD causes a disruption in a woman’s normal hormone cycles. Hormone production by the ovaries becomes out of balance, producing higher than normal amounts of androgens (the male sex hormone). This can cause acne, weight gain, and excess body and facial hair- but thinning hair on the head. That said, physical changes are not the only concern with PCOD. Living with PCOD and getting pregnant is a dual concern for many women of childbearing age. With its wide range of symptoms, it is the most common hormonal disturbance of premenopausal women and a leading cause of infertility.

Can women with PCOD conceive?

Living with PCOD and getting pregnant is challenging because your body doesn’t produce the hormones necessary for regular ovulation. Without these hormones, the egg inside the ovary does not fully mature. The follicle that holds the egg still grows and fills with fluid. However, there is no mature egg to rupture it, so it remains as a cyst. The cysts with PCOD produce higher than normal amounts of androgens (male sex hormones), which block ovulation. Because no mature egg is released, ovulation fails to occur and the hormone progesterone is not made. This results in an irregular or absent menstrual cycle.

Obesity and PCOD are connected. Obesity can make the symptoms of PCOD worse and make it harder to become pregnant. Weight loss is usually recommended as a first step for people with PCOD who are overweight or obese and trying to conceive.

Weight loss can increase the chance of ovulation and of having regular periods. Weight loss alone is sometimes enough to restart ovulation, but also increases the chance of ovulation and giving birth when combined with fertility medications compared to using fertility medications alone . Being a healthy weight is recommended for anyone trying to become pregnant to decrease the risk of complications like gestational diabetes, pregnancy-induced hypertension, and preeclampsia.

Weight loss can be difficult—especially for someone with PCOD—and there’s no single best way to do it. Often weight loss is encouraged through increasing exercise and decreasing the amount of calories consumed each day. Nutritionists, healthcare providers, and personal trainers can be great resources in achieving weight loss that is safe and effective. Losing weight takes time, but even small changes can make a difference. 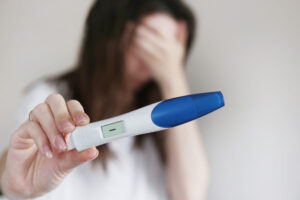 Some studies show an increase in the chance for miscarriage in people with PCOD, while others attribute the increase to other factors like being overweight or obese, increased age, or use of fertility treatments.

People with PCOD who are pregnant are at an increased risk for gestational diabetes, pregnancy-induced hypertension, preeclampsia, and preterm delivery. Being a healthy weight before becoming pregnant and limiting the amount of weight gain during pregnancy can help avoid these complications.

The good news about IVF and PCOD 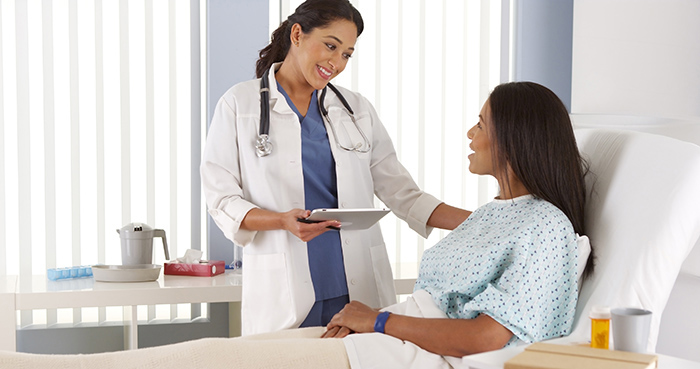 he reason that many PCOD patients find success with IVF is that the main problem with conceiving naturally is eliminated in the process of IVF.  Instead of relying on the ovulation of the woman, IVF relies on the intrauterine insemination which ultimately has a higher success rate in women who have PCOD than in other matriculations of infertility. Although having PCOD may prevent natural conception in many ways it is the ideal patient for IVF and IUI treatments, as the treatment corrects the one prevention that PCOD poses. These cysts are often only preventing release of an egg and not necessarily preventing fertilization or pregnancy, thus if the woman has been diagnosed with PCOD, IVF may be a viable option with hopefully success numbers.

Infertile women with PCOD seemed to have a higher rate of live birth after undergoing IVF with frozen embryos compared with fresh embryos, a small study found. Not only was the frequency of live birth after the first transfer higher, but frozen embryo transfer was associated with a significantly lower frequency of pregnancy loss and ovarian hyper-stimulation syndrome, a potentially life-threatening medical condition affecting women taking fertility medication.